Washington, DC – As the country celebrates Passover and Holy Week, directly impacted immigrants, clergy, and allies will gather at the national headquarters of U.S. Immigration and Customs Enforcement (ICE) to demand an end to deportations and urge Secretary Mayorkas to issue permanent guidance that reflects the dignity and value of immigrants and their families. They will perform a Jericho walk, carrying photos of individuals who have been deported as well as flowers in an act of solidarity, remembrance, and hope for a more human immigration system.

MORE: The activists demand policies, including in the forthcoming final “enforcement priorities,” that focus on people, not process, where the default is to deprioritize individuals for removal, uphold family unity, and direct DHS resources to support immigrants rather than punish them. Specifically, the Department of Homeland Security should: 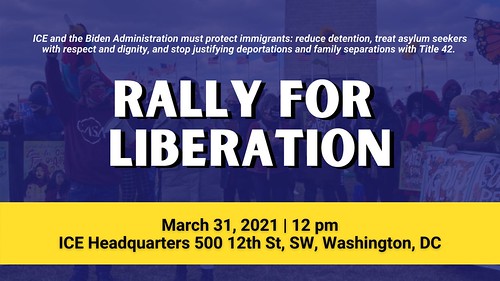