On Day of his ICE Check-in at his Home, CASA Holds Press Conference 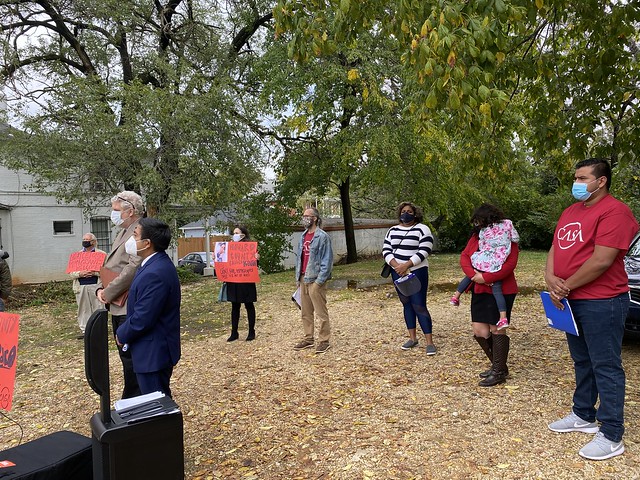 MT. RAINIER, MD – Immigrant advocacy organization CASA demands justice for William Trejo Garcia, a father of a three-year-old U.S. Citizen daughter. This story arises amidst policy discussions in Howard County, where calls for a TRUST Act grow louder. This press conference will be held outside of William’s home, as he is due for an ICE check-in at his home on Tuesday.

“William’s case shows how seamlessly Howard County Government and ICE collaborate to funnel immigrants into Trump’s deportation machine,” said Jorge Benitez-Perez, CASA community organizer. “Recent policy changes are not enough to stop the detention and ultimate deportation of immigrants who love calling Maryland home. We need a TRUST Act so that we can make sure that a routine interaction with a county agency isn’t going to result in a transfer to ICE.”

More:
On Sunday, September 27 around 7:30 AM Howard County Police picked up William Trejo Garcia. He was driving on I-95 near the rest area and stopped for speaking on a cell phone. The police officer arrested him for a warrant for failure to appear in District Court for driving without a license and transferred him to the Howard County Detention Center.

On Monday, September 28, William’s mother posted the $400 bail that the judge ordered for his release. He was however not released at that time. Despite not having a detainer or removal order, ICE picked him up the next morning at 10 am. William now has an ICE ankle monitor and was released with an order to go to his removal proceeding on October 29. Even though he entered the United States with a visa, he now faces the very real prospect of being deported even though he fears returning to his country of origin.