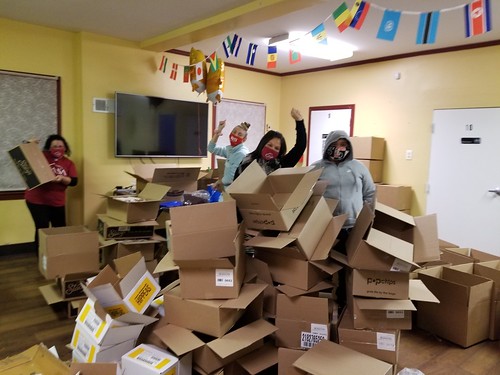 YORK, PA. – As millions of Americans await the final results of the 2020 elections, CASA is celebrating a surge in Latino voter turnout after more than one year of organizing work in underrepresented communities in the battleground state. CASA’s Get-Out-The-Vote (GOTV) efforts focused on voter education, voter registration, and voter protection both via on-the-ground organizing and digital campaigning to mobilize eligible voters, particularly those in the Latino community.

“While the final results are yet to be determined, one undeniable fact is that Latinos voted in record numbers. These voters overcame major obstacles—especially during a global pandemic which has made the voting process even more complicated for many. Our staff and volunteers worked tirelessly over the past several months to conduct outreach in communities with historically low turnout and ensure that they know the power of their vote. We made sure these Latino voters had all the necessary tools and information to cast their vote—whether by mail or in person,” said Elizabeth Alex, CASA chief of organizing and leadership. “CASA is proud to have been a part of this work, and we congratulate our fellow advocates on the ground on this win for our communities and our democracy. But the work is not finished—we will continue to be vigilant to ensure that every vote is counted, and every voice is heard.”

“This year, I voted for the first time in Pennsylvania,” said Jazmin Sanchez, Lancaster County voter. “I felt excited and powerful, because I know that my vote here in Pennsylvania will count and will be a voice for my friends and family in Puerto Rico whose votes do not carry the same power. But I was also angry, because I saw just how hard it was for my mother to vote. When her mail-in ballot did not arrive in time, she had to vote in-person yesterday, even though she has cancer and was potentially risking her health by going out to vote. But she was determined to vote, so she bundled up and went to her polling place to exercise her right to vote. Nobody should have to choose between their life and their vote!”

Through these efforts, CASA successfully:

With over 100,000 members across the states of Maryland, Virginia, and South Central Pennsylvania, CASA is the largest member-based Latino and immigrant organization in the mid-Atlantic region. CASA organizes with and litigates on behalf of low-wage immigrants. Visit us at www.wearecasa.org and follow us on Twitter at @CASAforall.